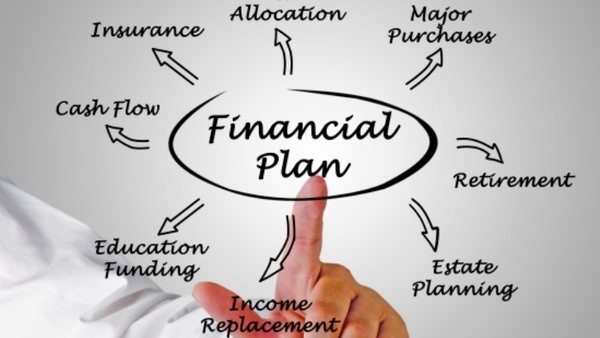 
Want to know one major reason why New Year’s resolutions bomb? They’re bad resolutions to begin with.
Don’t think there’s any such thing as a bad resolution? That’s simply not true. Vague goals without benchmarks or milestones built in are too easy to fudge – or simply ignore.
Instead, you need goals that are specific and measurable. Need some examples? Here are five terrible and five excellent financial New Year’s resolutions for 2015.
Worst Resolution No. 1: Pay off debt. 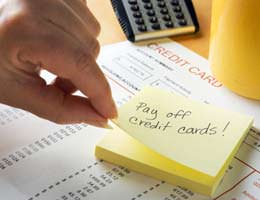 Best Resolution No. 1: Pay off $150 of debt each month, or $1,800 over the year.
A vague resolution to pay off debt won’t get you anywhere. Instead, resolve to pay off a specific amount of debt per month, or a specific amount of debt over the course of the year. Just be sure that your goal includes a dollar amount and an end date.
Also make sure the goal meshes with your current financial situation. In other words, if you’re barely making ends meet, don’t resolve to pay off $20,000 in debt over the course of the year. That’s not achievable or realistic!

Worst Resolution No. 2: Make more money.
Best Resolution No. 2: Send out five résumés per month until I get a higher-paying job.
“Make more money” is a terrible resolution because it’s not achievable. You can’t just magically pull more cash out of thin air, after all. Instead, you want to think about actionable steps you can take – like getting a new job with a higher salary.
Depending on your industry, these steps might involve attending networking meetings or connecting with potential employers on social media. You could also just ask your current boss for a raise. In any case, focus your resolution on actionable steps that can lead to more money in 2015.
Worst Resolution No. 3: Spend less money.
Best Resolution No. 3: Cut $50 per month off the grocery bill.
The first resolution is admirable, but too vague to be meaningful. Spending less money is great, but how much less should you be spending? Where should you cut spending? The second resolution answers those questions and gives you a monthly measuring stick to see if you’re meeting your goal.
Before you resolve to spend less money, check your 2014 spending. Find any areas where you overspent, and then think of specific ways to cut spending in those categories in 2015. For instance, you may be able to save a ton on groceries just by planning meals ahead or shopping at a bulk store for some of your nonperishable items.
Worst Resolution No. 4: Save more money.
Best Resolution No. 4: Save $100 per month in my 401(k).
“Save more money” is the most popular financial New Year’s resolution, according to a 2014 Fidelity New Year Financial Resolutions Study. But if you simply resolve to save money, then sticking $50 into a savings account by Dec. 31, 2015 would meet your goal. And that’s not really productive or challenging.
If you want to save money, set a goal for how much you’ll save – either monthly or over the course of the year – and where you’ll put it. Start with meeting any employer-matches for retirement accounts, and then consider contributing to individual retirement accounts or college savings accounts. You could even just put money into a money-market account for an emergency fund.
Worst Resolution No. 5: Stick to a budget.
Best Resolution No. 5: Use Mint or You Need a Budget to track and control spending each month.
Making and sticking to a reasonable budget is key to achieving all these financial goals in the new year. But, again, vagueness is not your friend here. If you just want to “stick to a budget,” chances are that you’ll flex your “budget” to meet your last-minute decisions – like going out for drinks with friends or splurging on a new sweater.
Instead, resolve to find a budget-tracking tool that works for you, and use it faithfully. Sometimes all you need to keep your spending in check is a visual that lets you see where your money is actually going in real time. Luckily, the Internet and app stores abound with great budgeting tools. So start the New Year off right by choosing and using one of these great tools so you can spend smart, save money or pay off debt this year.
Call Now Button